Standards:  The student will describe European exploration in North America.
~ Describe the reasons for, obstacles to, and accomplishments of the Spanish, French, and English explorers.
~ Describe examples of cooperation and conflict between Europeans and Native Americans. 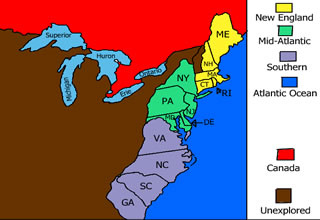 The 13 Original colonies of America 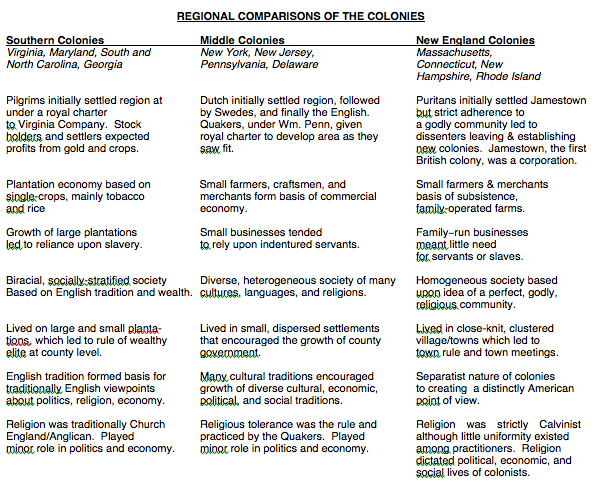