Standards:  The student will describe  how early Native American cultures developed in North America.
~ Locate where Native Americans settled with emphasis on the Arctic (Inuit), Northwest (Kwakiutl), Plateau (Nez Perce),
Southwest (Hopi), Plains (Pawnee) and Southeast (Seminole).
~ Describe how Native Americans used their environment to obtain food, clothing, and shelter.
~ Explain why each of the Native American groups occupied the areas they did, with emphasis on why some developed
permanent villages and others did not.
Native American vocabulary to study for the test:
http://quizlet.com/774941/4th-grade-unit-1-social-studies-native-americans-flash-cards/ 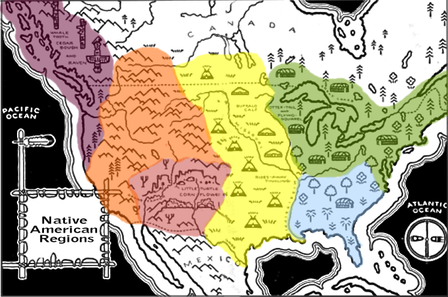